Widely acknowledged as one of the UK’s leading talents in the field of stage direction, choreography and creative vision. This highly sought after Brit and BAFTA Award winning director has been the creative force behind some of the most spectacular visions seen by audiences worldwide. 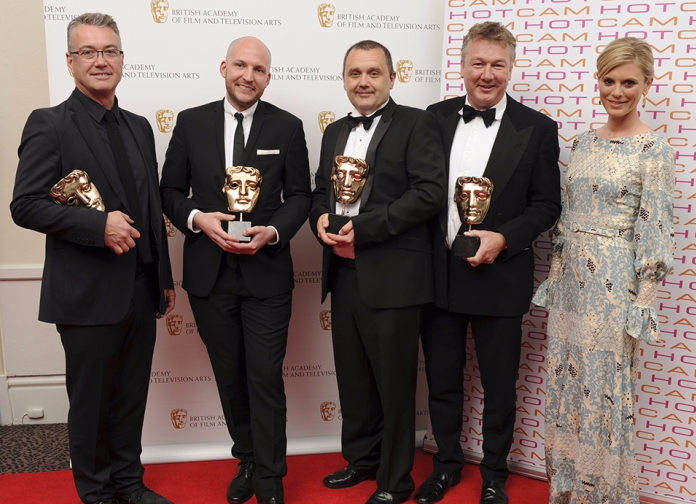 Kim grew up in Bournemouth and trained at the Royal Ballet School. He followed a successful career as a dancer on television and in the theatre, before turning his ability towards choreography and direction.

It was in 1992 whilst working as a choreographer on the BBC’s Royal Variety Performance, that Kim first met Take That. Working on their sell-out arena shows introduced him into the world of live events.

“He’s a great leader. We just clicked with Kim, he would even finish our sentences for us, and from that moment on he became a pivotal part of every Take That live show”

Kim has contributed creatively to an impressive list of hugely popular TV shows and live events including; The Brit Awards, Golden Jubilee ‘Party At The Palace’, ‘Concert for Diana’ at Wembley Stadium, ‘Children In Need Rocks The Albert Hall’, ‘Help For Heroes Concert’ and the ‘Invictus Games’ Opening Ceremony.

“Having experienced first hand your wonderfully reassuring guidance and your amazing calm, we’re not surprised that all the artists seemed to be enjoying themselves so much and the whole show passed off as beautifully and flawlessly as it did. We simply can’t thank you enough”

Kim has worked alongside many greats including, Pink, Robbie Williams, Take That, Michael Buble , Elton John, The Who, Coldplay, Ed Sheeran, Lady Gaga, world famous ballerina Darcey Bussell and opera singer Katherine Jenkins. He was the creative brain behind the breath-taking performance by gold medalists Torvill & Dean on ITV’s ‘Dancing on Ice – a 30 year celebration of the Bolero dance’.

In 2011, Kim was appointed as Artistic Director for the closing ceremony of the London 2012 Olympic and Paralympic Games and has since received critical acclaim for his part in Britain’s highest profile event this century.

“I do not think many people envied you the task, and yet the end product was by any measure a triumph, showing the world the very best of British creativity and wit. London and the UK owe you a great debt, which will only increase over time as the ceremony’s unforgettable sights and sounds resonate around the world.”

“Bravo Kim. You did it. Thrilled for you and all those reviews were very well deserved. You did an amazing thing there young man. The show was extraordinary. Thanks for including me. I always love it when it’s over. I have fled to France for some quiet. But very well played mate”

In September 2015, Kim was Creative Director for the Opening Ceremony of the Rugby World Cup, setting the tone for what was to be a ground- breaking tournament.

October 2016, saw Kim as Director of the Intimissimi On Ice show ‘One Amazing Day’, a unique ice show where opera, pop music, figure skating and fashion all merged to create a spectacular show, in the stunning setting of the Arena di Verona. Towards the end of 2016, Kim was Performance Director on the BBC1 Saturday night entertainment show ‘Let It Shine’.

In 2017, Kim was Show Producer for Take That’s first ever ‘in-the-round’ tour. Kim conceived and designed this show alongside Take That, and the tour received rave reviews …

‘flaming carnival of pop’ – The Guardian

‘something to behold’ – Telegraph

Kim was director of The Band musical that made its worldwide debut in September 2017. This show broke box office records as the fastest selling UK theatre tour ever, and continues to wow audiences throughout the UK in 2019.

In the last twelve months Kim has worked on a show for the MSG Sphere in Las Vegas and New York, where he collaborated with 12 international creatives from film, stage and theatre.

Kim is currently working with Warner Bros to bring a well known film franchise to the stage for Universal Creative in Florida. The opening of this show is planned for autumn 2024.